…a seemingly bizzarely exaggerated report of a North Dakota principal becoming physically ill and hallucinating after simply touching a bottle of e-liquid he'd confiscated from a high school student. While the contents of the bottle were undisclosed other than a statement that "the liquid was tested at the request of the school resource officer and found not to contain any foreign substances," we're left wondering what happened. While most zero-nicotine and low-dose liquids are relatively benign when they come into skin contact (though you should always wash your hands and any surfaces that come into contact with spills), a JUUL device was mentioned in connection with the incident. Modern cigalikes that contain ultra-high nicotine levels of 50 mg/ml or more actually can be dangerous if more than a few drops is absorbed through the skin, particularly for people who aren't accustomed to nicotine. The nausea and dizziness referenced in the article will be familiar to anyone who remembers when they first started smoking, but when Jamestown High principal John Conway says he "got real emotional" and felt "freaky" as a result of his unintentional high, we're left wondering whether nicotine was indeed the culprit.

Cancer Research UK, a leading cancer prevention charity, is fighting back against what it says is media misrepresentation of its findings in a recent report, mistakenly suggesting that vaping causes teens to take up smoking despite the group actually reaching a far different conclusion. More on this in the days to come…

Despite successfully operating a brick-and-mortar vape shop since 2013, this Hawaii man is generating controversy and creating heavy pushback from local government in his quest to expand his store. The shop owner says he's confused, as his business has generally been well-received, but locals are split on their understanding of whether vaping is a safer practice than smoking.

This piece, while devoting significant real estate to a single vaping critic who has somehow missed the treasure trove of evidence that suggests vaping is much more effective than traditional nicotine replacement therapies like the patch in helping smokers quit, is actually a pretty good read that lays out vaping's pros and cons in a straightforward, non-judgmental manner. In other words, it's journalism. File to: Health Scare of the Week. New research suggests that, just like the nicotine in tobacco products, the nicotine in vapor products can lead to the growth of fatty tissue around the liver. The study in question only looked at vapor's effects on mice, but this is still a matter of interest as more details develop – we know vaping isn't as ideal as not vaping, but how does it compare in this regard to smoking?


Can smoking a half-pack or more of cigarettes per day make you psychotic? If you smoke that much or more, is it because you're likely already more at risk for psychosis? Maybe. 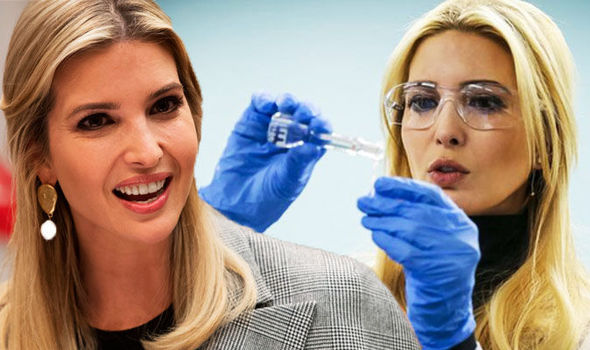 Delving into the bizarre, Ivanka Trump visited an Iowa high school science lab where, among other activities, students were for some reason measuring the nicotine content of e-liquids. "I can't promise that I'll get this right, but at least we'll look the part, right?" the president's daughter offered, posing in a white lab coat…. Science: researchers are finally examining the causal link between vaping and quitting smoking. We've long argued that, even though vapor devices can't be sold as tobacco cessation therapies, anecdotal evidence (your author will be five years smoke-free this July after kicking a 15-year habit – so will his wife) suggests they can be an effective tool. Does the research support this? Maybe – study authors found that vaping leads to many more smokers attempting to quit, though their long-term success rate isn't much better than smokers attempting to quit via other means. Worst case, they say, is that more people are at least getting on the path toward quitting, and they're smoking less while doing so.